Okay, I have a confession. When I was having a staring contest with my lace at the beginning of the month, I blinked first. By blinked, I mean clicked. And, by clicked, I mean I broke down and bought the coveted Bridal Couture

by Susan Khalje. It had been on my wish list forever, and I figured it was time I got serious, especially if I was going to be working with lace.

And, wow, am I glad I did. It is overflowing with information that is definitely in line with learning to sew well. And, most importantly, my question about darts in lace was quickly answered:

Darts are easily shaped by overlapping lace. Though the original dart lines may not match perfectly, the shaping will be duplicated. When making the choice as to which side of the dart will be topmost, observe the design. The most visually pleasing motif should be topmost (although sometimes there are two pleasing arrangements, and sometimes neither is pleasing). Remember, too, that a patch can be used if the natural configurations in the lace aren’t satisfactory. After overlapping the layers to confirm the dart’s shape, stitch the edge of the top layer, and trim excess underneath lace, as necessary.

I’ve seen many other methods, including (1) altering a pattern to eliminate darts all together and (2) basting the lace to the underlying fabric and sewing the dart as normal. But, I was worried I might mess up the former and end up with the lace bagging off my wool underlay, and my lace and wool together were too thick for the latter. Overlapping easily won out. And, I will admit that I was really pleased with the result. There really is a dart in the photo above coming down from the pinky of my left hand. I think it qualifies as a successful “invisible dart”! And, there’s two more equally invisible darts in the back!! Three successful darts gave me the confidence I needed to crank through the rest of the skirt this past weekend, so you’ll be seeing the finished garment sooner rather than later (hint: check MSN and BurdaStyle on Monday!). For now all you get is the sneak peek above and the one I posted earlier in the week here.

While I was waiting for the book to arrive in the mail, I found a bit more inspiration in a couple other sewing books. Next week I’ll talk about what I learned about lace seaming and, finally, the week after that lace hems. 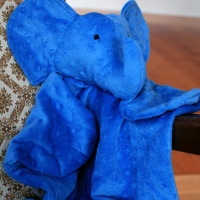 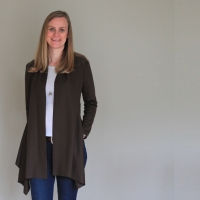