This May I’m joining Zoe at ‘So, Zo…’ in a challenge to wear something handmade every day for thirty-one days. This post marks the second update of my progress.

What: The Stripey Renfrew

Where: To a tough day at work.  And, that’s about all I want to say about that!

What:  The Straight-Legged Betty Jeans

Where:  To work up until track practice.  A good hard run always does a body good!

What:  The Crazy Bow Top

What:  The Golden Archer Buttondown

Where:  To work and then to another Thursday night Downton Abbey marathon with my neighbors.  We’re now finally half way through season two! 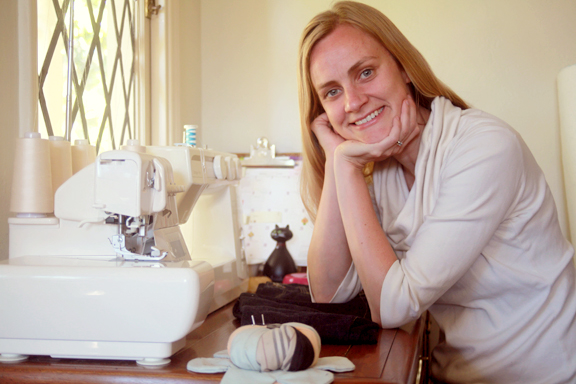 What:  The Cream Cowl Renfrew

Where:  To work and then a night of homemade pizza, movies, and moving chores.  I’m showing off my tiny sewing corner for this week’s Friday theme.  It’s become a lot less colorful since my wall of thread and my bulletin board have already been taken down and packed up.  I can’t wait to see what kind of sewing space I’ll be able to create once we get to Seattle.  Our apartment will only be slightly larger, but it will have a second bedroom, so I’m hoping we’ll be able to turn it into a nice library/office/sewing room.  Just a few more weeks!

Where:  To a day at the beach with co-workers that served as both a baby shower for two colleagues whose wives are coincidentally due on the same day and a farewell party for me.  Though it was a beautiful day, it was overcast and chilly, which meant the jacket was a necessity.  Also, if you’ll notice, I’m a bit pink.  Despite putting sunscreen on twice, I got way too much sun.

What:  The Paint Me a Maxi Dress

Where:  To a backyard brunch with friends to celebrate Mother’s Day.  Happy day to all!

Reflections on the week:

7 thoughts on “MMMMonday: May 6th through 12th” 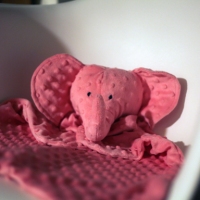