Last Saturday I showed a sneak peek of my weekend sewing project. See the awning in the photo above? Yes, that’s what I was working on all weekend.

Here it is having taken over my entire apartment:

The home to which this awning belongs is part of the Cargotecture C-series. It was made for the Sunset Festival that was held a few weekends back here in the Bay Area. It was, in fact, the centerpiece of the festival – this year’s Sunset Idea House.

The before shot of the awning in place for the festival:

Though it’s not something I would have noticed on first glance, the awning sags quite a bit. The architects behind the home, one of whom is my brother, wanted the awning to be taught. Therefore, they needed it taken in by several inches in both directions. And, they needed the work done by the end of the weekend because of this little yellow starlet’s busy schedule.

In an ideal world, the awning would have been rehemmed, and then the grommets would have been reinserted into the new hem. But, I’ve never worked with grommets before, and I didn’t have time to figure them out this past weekend since I had to work full days on Saturday and Sunday. Instead, I took up the slack by adding a flat-fell seam near the edge of all four sides. I was forced to stay close to the edges because I just couldn’t get more than about a foot or so of the awning easily through my sewing machine. I thought the seams would disappear into the canvas anyway, but from the photo above, the seams are fairly prominent in the light.

I took Handmade’s advice from when I made the sleeping quilt and used a walking foot for this project. While the canvas is not slippery like the ripstop nylon of the quilt, it’s heavy, and I wanted the help of an extra set of feed dogs to get the material evenly through my machine.  It’s the first time I’ve ever used a walking foot, so I glanced over Patty’s instructions on how to set it up, since the one I bought didn’t come with any. 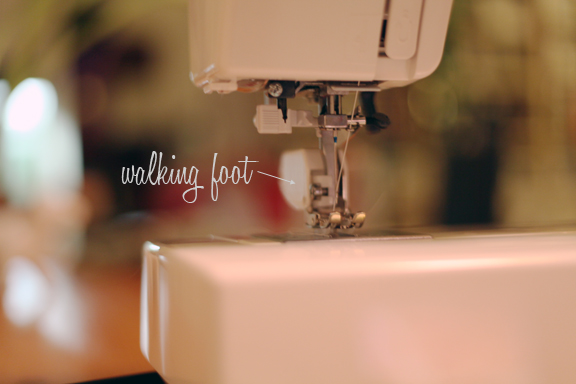 It went along smoothly.  All I had to do was wrestle the 15 feet or so of fabric, which made for a whole lot of seam.

2 thoughts on “Adjusting an Awning for a Cargotecture Home” 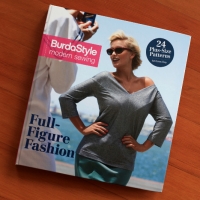