Year: 2013
Notions: Gray invisible zipper
Pantone challenge colors: Turbulence (gray) with accents in Mykonos Blue, Deep Lichen Green, and Vivacious (pink)
Time to complete: I’m never good at keeping up with the hours since I sew a little here and a little there. Plus, this one sat in purgatory for quite awhile…
First worn: Today
Wear again? Probably not
Total price: I’m also never good at keeping up with how much I spend on fabric. But, the gray curtain was basically free, and I didn’t have to use much of the other fabrics, both of which were purchased on sale, so I’d say (fortunately!) not very much in this case!

As you can probably guess from the title of the post and all of the details listed above, I made this sweetheart peplum for the 2013 Sew Weekly Reunion. It’s a good thing I had the challenge to motivate me because otherwise I think this particular garment would have already had its good bits salvaged and everything else would have been in the trash. I’d compare this particular garment to one of those art pieces that’s fabulous from afar but a mess up close. 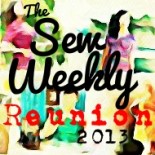 Things started off so well. The theme of this year’s reunion was to make a garment using at least one of the Pantone Fall 2013 Colors of the Season. It sounded simple enough since I knew the colors and had even already written about them here. I dug through my stash and found a gray (wool?) curtain that I’d picked up from Fabmo back in the day. I thought it was perfect for the Sew Weekly Reunion because it was not only a great match for the fall color “Turbulence” gray, but those Sew Weekly ladies were always refashioning crazy things like curtains into fabulous garments. I also found a floral mesh knit that not only had the same gray but also pulled in many of the other fall colors as well. 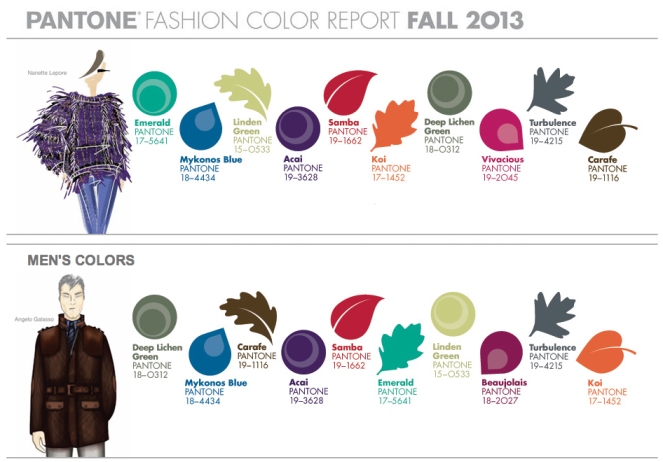 As for the pattern, I began with the sweetheart bodice dress “R” pattern from the Sweet Dress Book

, and I had a lot of fun making pattern modifications after tissue fitting. I lowered the sweetheart neckline and slightly reshaped it so that it would end right at the bottom of the armhole. I also lowered the empire waistline so that it would hit right above my growing baby bump. Finally, I swapped the gathered skirt for a some-fraction-of-a-circle skirt.

Cutting was also fun, and cutting is typically my least favorite part of sewing. I decided to cut both the back and front on the fold and moved the zipper to the left side seam. After cutting the floral mesh knit, I decided to underline it with silk organza so that it would be able to withstand the weight of the thick gray curtain. I hand basted the knit and organza together, and from then on out I treated them as one.

The sewing also started out pretty straightforward. I snipped into the center of the sweetheart neckline so that I could sew the mesh/organza to the wool, and it went together with little problem. Then I went to press the seam, and that’s when I realized this project wasn’t going to be as easy as I’d thought. The curtain just would not hold a nice press. And, I couldn’t use a lot of heat for fear of melting the mesh. I gave it the best press that I could then ran a row of topstitching just under the sweetheart neckline to keep everything in place. I did the same to the back and to the peplum. To finish the neckline and the armholes, I made bias binding out of silk organza. When I was hand stitching it into place on the inside of the garment, I was careful to only catch the silk organza underlining so that my stitches wouldn’t show from the outside.

But, even with every careful stitch I knew things just weren’t going well. I could tell the curtain just didn’t want to be anything other than a curtain. Also, even though I’d carefully matched and hand basted the mesh and the organza together, the two had not married well. There was just too much give in the mesh, which made for tiny little pulls around the armholes.

When I posted the above picture and an update of my progress last week, I’d pretty much given up. Thankfully, the online sewing community is such a sharing and creative bunch, and a lovely comment by Gjeometry spurred me into action again. She said,

Oh my gosh, it looks GORGEOUS on the dress form. That’s so too bad that it doesn’t look that way on. What about if you sort of ‘rock washed’ it, i.e., washed it over and over with some tumbling items to kind of beat it up and soften it dramatically?

So, I ran it through the washer and dryer with a bunch of pairs of jeans, and it came out oh so much softer. I decided it was worth hemming and throwing on the blog for the reunion, so I gave it a quick machine blind hem, and here it is!

That said, this peplum will likely be very short lived. The curtain may have softened a lot, but it’s still a curtain. And, it still feels like wearing a curtain, even if it is a thousand times better than it was before ‘rock washing’. So, I think the organza, mesh, and zipper will end up being cut out and used in future projects. Oh well. C’est la vie! 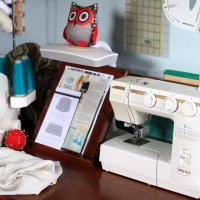 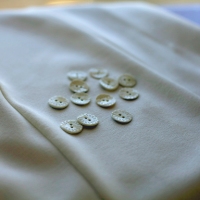