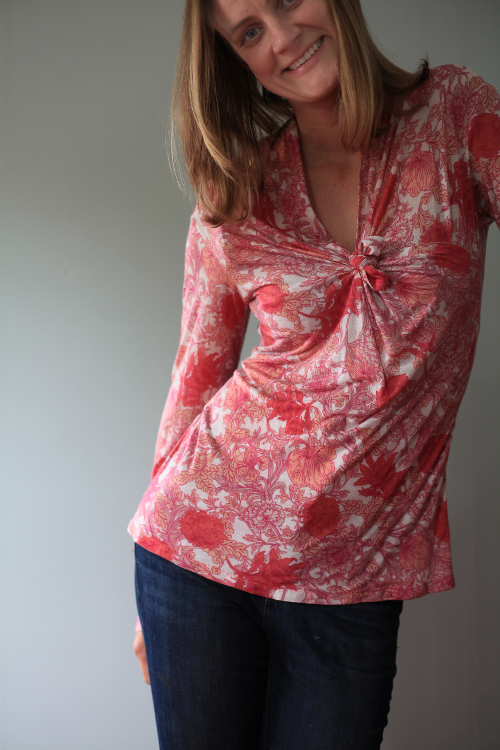 Remember this top?  I made it towards the end of last year, and it used to have a raw hem and a very loose neckline.  I was on such a roll with the Lite Steam-A-Seam 2 the other day that I grabbed this shirt and gave it a hem as well since it’s raw edges had not held up well in the wash.

I hemmed the bottom and then both the sleeves.  The neat edges looked so nice that I decided to go ahead and hem the neckline as well, even though the raw edge was already neatly hidden by the way the neckline folded in on itself.

Unfortunately, what had been a borderline tolerable loose neckline became something really bad after it was hemmed.  So, I got creative, and I came up with what I think is a decent solution:  I twisted the loose, now-poorly-draping neckline into a knot. 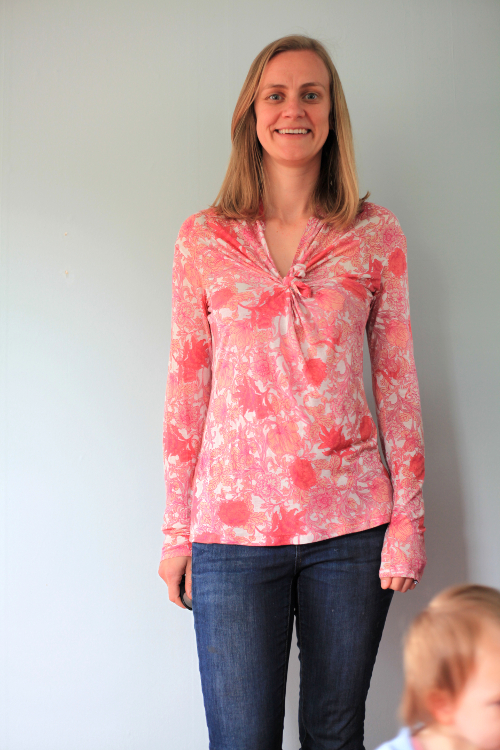 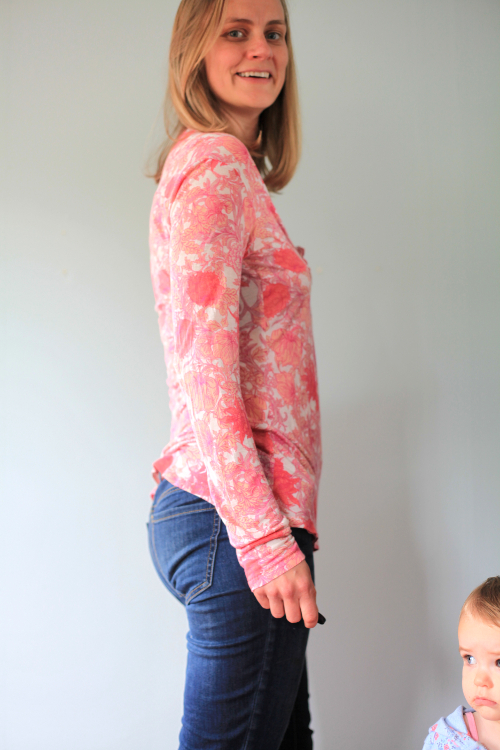 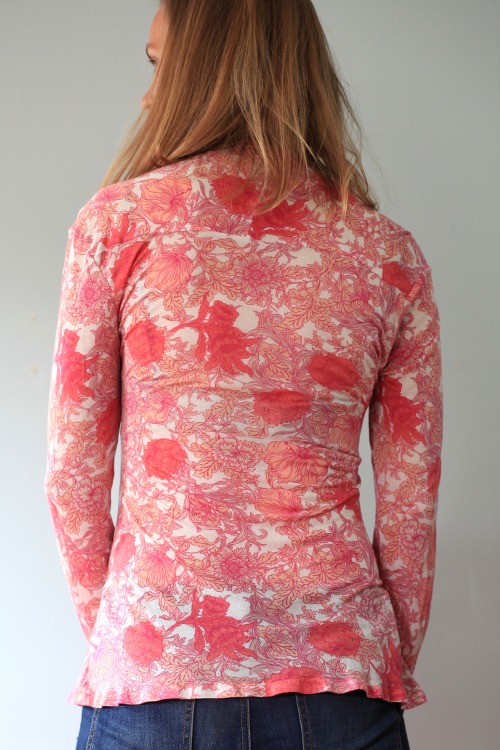 Now, it’s not perfect.  To get the knot to work, I had to pull the two front pieces in, which tightened the back – see all those drag lines above?

The side seam also pulls forward where the knot is. 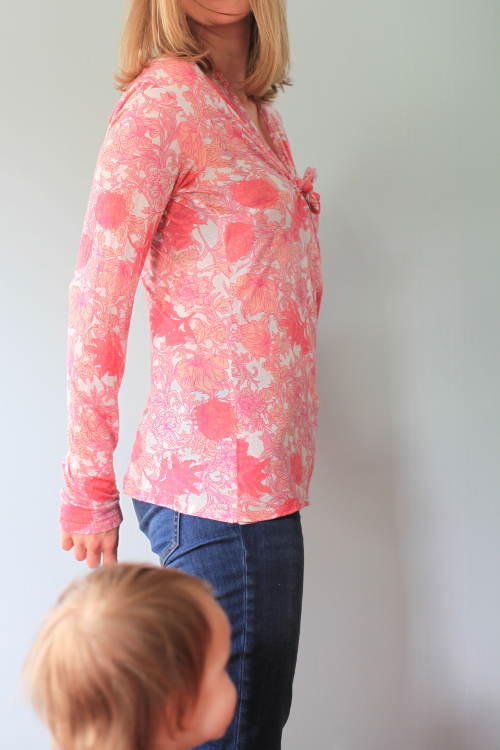 But, I really like it, and I know I’ll wear it a lot more knotted like this.  Next time though, I’ll work on getting a better drape from the wrap neckline right from the start so that I can wear the top as intended.

I had to sneak these few quick tripod photos while my daughter was awake.  I think she’s still very confused by a camera on a tripod.  She has the same face as these photos, right?!  I have my camera set up to take a photo two seconds after I click the camera remote, and I never realized how much the camera blinks during those two seconds until I was seeing it through her eyes.  I could imagine how it would be scary to see a three-legged plastic-metal thing with a blinking red eye that clicks at random intervals! 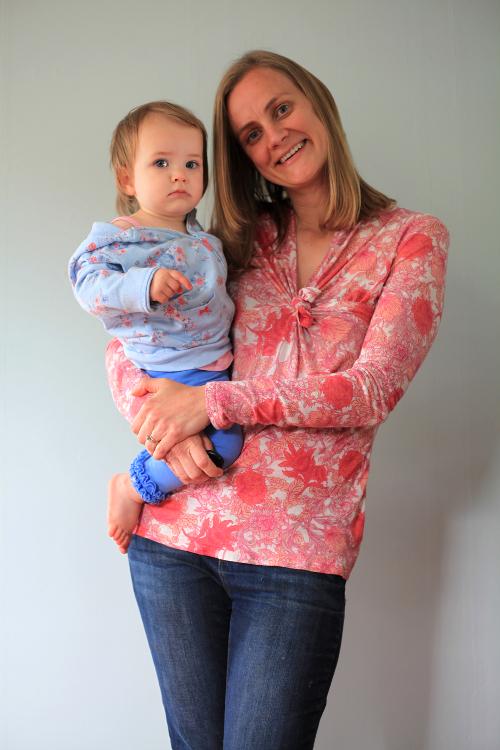 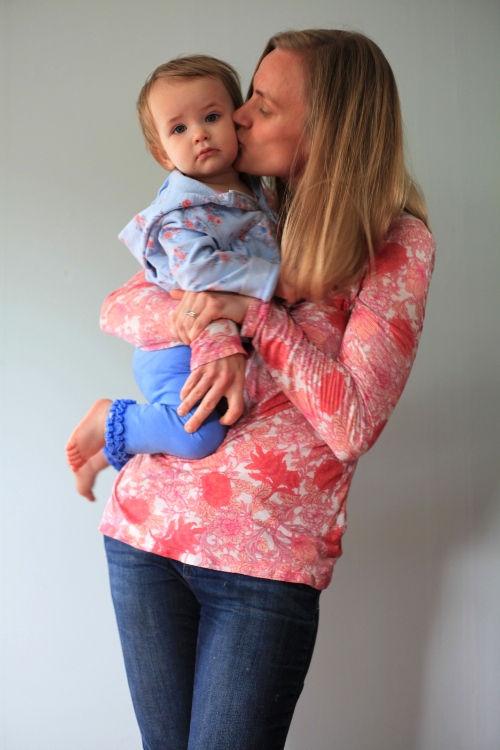 A kiss didn’t even make it better!

Now I want to hear from you – how do you feel about refashioning? Is it worth it when it can sometimes throw other aspects of the garment off, like the wonky side seams here?  Any refashioning success stories? 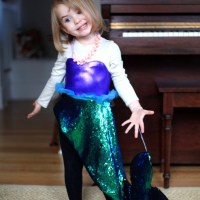 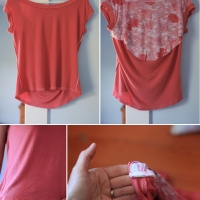 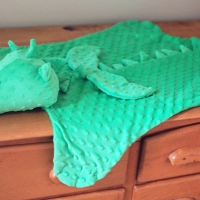